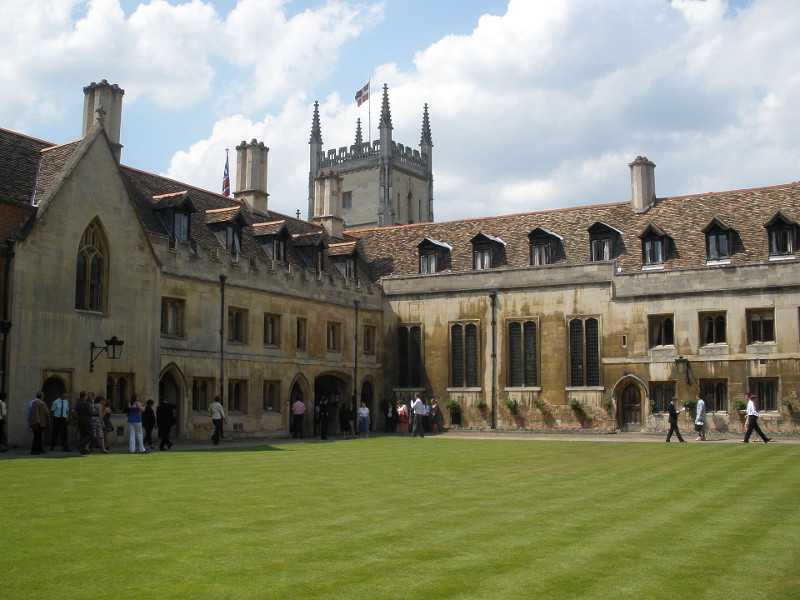 Last night, I gave a talk at Pembroke College as part of Cambridge Hub’s Michaelmas Series. The topic was censorship.

This morning, I woke up and saw that the headline story in The Times is Jo Johnson, the Secretary of State for Education, wanting to “guarantee free speech” at universities.

It is worth noting there is already a law that ensures freedom of speech at universities, but it would seem that Johnson wants even more extreme guarantees. The existing law is not invoked or referenced when we have one of the regular fusses about high-profile figures having their right to free speech violated. That is because they are not being censored.

Despite existing free-speech laws, there is already quite a bit of censorship at our Universities, and it comes from two sources. Neither form is good, and neither should be extended. Paradoxically, increasing the latter of these two forms of censorship is precisely what Johnson’s proposals will do.

The first is the PREVENT duty. That duty is supposed to target all extremism that leads to terrorism. Controversially, it usually ends up targeting Islamic and other non-white forms of extremism. In a university context, it is used to question room bookings and the nature of invited speakers. I doubt Islamic societies at universities will be welcoming Johnson’s statement today. It is unlikely the duty will be relaxed in support of “free speech”.

The other source is the de-facto censorship of students and student protest against influential media figures.

Wikipedia says censorship is “the suppression of speech, public communication, or other information”. I have mentioned PREVENT, and there’s no doubt that duty involves censorship even if there is disagreement over the desirability of PREVENT overall. China censoring WeChat is an example of that most in the West would regard as negative, and we have also seen cases within LGBT+ communities of censorship gone wrong with unintended consequences.

There is a common theme in those cases. Positive or negative and deliberate or accidental, it is those with power doing the suppression.

What is not censorship is selling only eight tickets to an event and having the venue cancel, as happened to Kate Smurthwaite. Smirthwaite seems to believe “free speech” means she can demand people listen and that venues give her a free platform. Consequently, she used her media contacts and influence to spin a story about how students were suppressing her free speech. The publication of her ideas was undoubtedly not restricted as a result. Quite to the contrary, the resulting media fuss and claims to martyrdom at the altar of free speech gave her an even more prominent platform.

Peter Tatchell was not censored when a student learnt he was due to speak at the same event as her and pulled out. She did not want to share a platform with someone she believed is racist and transphobic. Her withdrawal was not public, but Tatchell’s outrage at being unable to demand the energy of someone less powerful was. He used every possible media outlet he could muster to denigrate her.

A particular shout out needs to go to Julie Bindel at this point, who has repeatedly claimed to be censored herself but has just resorted to issuing legal threats against Brooke Magnanti, a.k.a. Belle De Jour. It is not surprising that Bindel’s claims have not received any media coverage condemning her attempts at silencing. There is a common theme running through these claims of censorship against media figures. Allegations are always targeted at those with less power.

There is a chilling effect hidden within these false claims of censorship, however. Those whom the allegations target become figures of derision in the press with no way of responding. They do not have their voices heard. I was at the event held in parallel to Greer’s Cambridge Union slot, and I know several of the students involved felt traumatised by resulting coverage. They are less likely to now engage in activism.

Media outrage is increasingly invoked to shut down legitimate free speech rights such as protest and running petitions. It happens merely because high-profile disagree with protests or feel threatened.

Ratcheting up that rhetoricÂ will only increase the pressure on students to conform. Contrary to what Johnson believes it will not broaden the minds of young people. Instead, it will teach them that the powerful will not tolerate criticism.